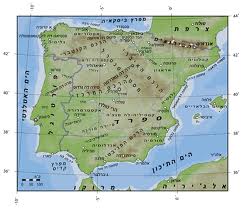 What is studied on the course?

Spanish is the second most widely spoken language in the world, spoken in Spain and Latin America and increasingly in the United States, with over 400 million native speakers.

Spain is a not just a favourite holiday destination to get yourself a tan but a country with a fascinating and colourful culture, which has married itself with the traditional cultures of Central and South America.

Spanish language music and Regaeton are becoming increasingly popular outside of Spanish speaking countries, with artists such as Shakira, Enrique and Pitbull leading the transition. Similarly Flamenco in Southern Spain, Salsa in the Spanish Caribbean and the tango of Argentina are some more examples of the famous cultural contributions that Hispanic Countries have made.

Spain has also brought us some of the most exciting artists of the 20th century such as Dalí and Picasso – with showcases of such work in Bilbao, Madrid and most famously in Gaudí’s creations in Barcelona.

The individual cultures and traditions of the Spanish speaking countries of the Americas is equally enthralling, with such history as the Aztecs of Mexico and the Incas of Peru. South America is a somewhat “mystical” continent, which rarely reaches our minds back here in Britain but these countries should not be underestimated. Markets in South America are some of the fastest growing in the world and having knowledge of Spanish is becoming a real asset in breaking these emerging markets.

South America is home to breathtaking scenery such as the Andes mountains, the Atacama Desert, San Rafael Glacier, Iguazu Falls, Angel Falls and the Amazon Rainforest to name but a few.

Learn Spanish and become part of these wonderful cultures!