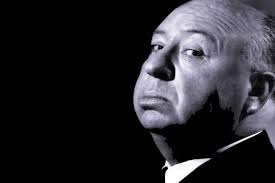 GCSE Film Studies is an exciting course that combines study of the history and structure of the film industry with the study of the technical side of filmmaking.  Film Studies involves the close analysis of films and the techniques used by great film-makers and allows students to learn practical filmmaking production skills which they use to film and edit their own films.

The course will be assessed through two written exams which make up 70% of the final mark and a practical coursework project that will make up the remaining 30%.

Students will also have to study the following areas for their exams:

Who should study the course?

If you are interested in films, and want to learn more about the film industry and the work of some of the world’s greatest filmmakers this might be the course for you.  You will also develop the skills to shoot and edit films yourself so will need to be prepared to be creative.  You have to be prepared to work hard; although studying films themselves is an important part of the course don’t expect to be sitting back just watching them every lesson!

How will it benefit me?

What can this course lead to?

The UK has one of the biggest television and film industries in the world and there are a number of exciting careers in the television or film industries that GCSE Film Studies would be a first step towards.  This course would also enable you to find out more about the subject before taking other qualifications.  You can study Media Studies and Film Studies at A level at CHSG and every year several students go on to study media or film related courses at university.