"Salt" at The Bush Theatre

As part of the National Theatre's Connections 2019 project, Drama students in Years 8, 9 and 10 took on the task of performing 'Salt' by Dawn King as an extracurricular commitment alongside their usual school commitments. 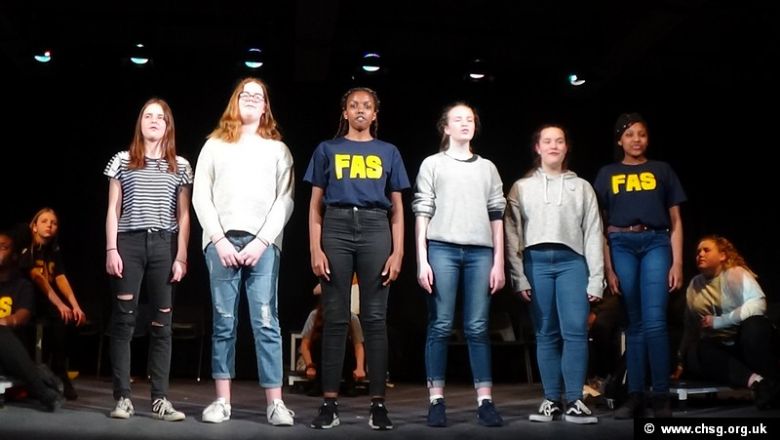 The final rehearsal was performed in school to a small audience before the final performance taking place on 29th April at The Bush Theatre, Shepherds Bush. 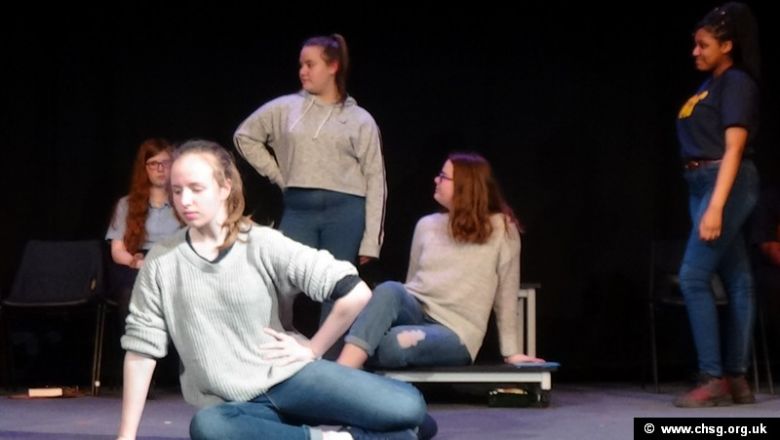 This was a well-conceived production of Salt featuring a strong ensemble who supported each other well in the performance. As the production began, the cast filed on to stage and assumed seated positions on blue chairs on the three sides of the end-on playing space. This staging choice (with no offstage) demanded a fantastic focus from the cast throughout who remained attentive to the action taking place regardless of whether they were directly involved in the scene or not.                                            Elvi Piper, Connections Director 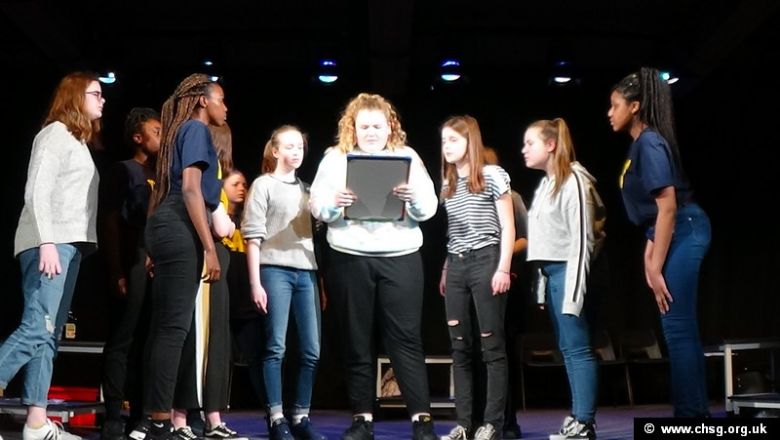 Each character portrayed in the piece felt truthfully realised by the cast, with great attention to the physical differences of each of their personalities clear on stage. The text was delivered with a shared understanding of the comedy in the piece, and the appropriate timing with which to deliver it for amusement value whilst maintaining a truthful sense of why words were said. Fantastic energy throughout,                                 Elvi Piper, Connections Director 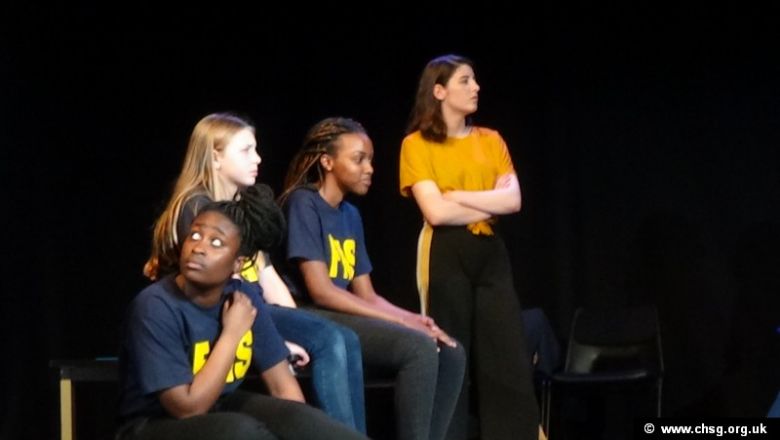 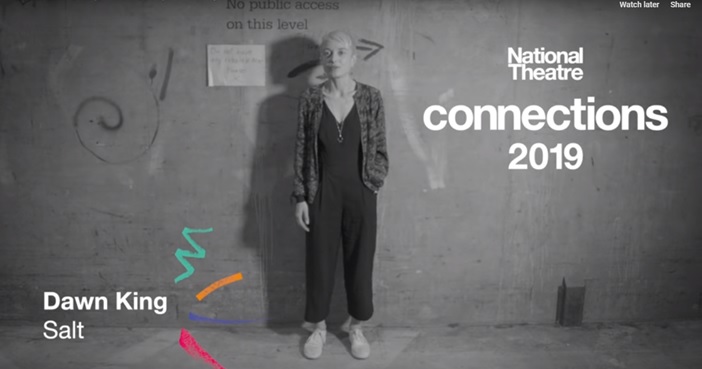