Take Your Daughter to Work Day

On Thursday 25th April, I accompanied a family friend to his workplace for Year 8’s Take Your Daughter To Work Day. 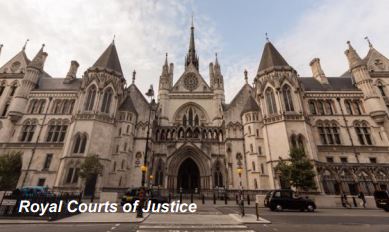 Jawdat Khurshid QC works as a Barrister in Temple, London. I travelled with him to his workplace, in a tranquil area, almost like a university. Once I got into his office, I read the Opening Statement about the case that he was working on. It is a fraudulent case involving a rigged auction and Jawdat’s team of four is on the Prosecution’s side – working to prove that the auction was rigged.

When I finished that, I read some Prosecution and Defence witness statements to get a feel of both sides of the story. After this, I was quite informed about the case.

Jawdat and I walked to the Royal Courts of Justice, which contains the High Court and the Court of Appeal of England and Wales. We went through a strict security check where we had to empty our pockets and put them in a container to be scanned before we could collect them again. Jawdat showed me around the courts, there were no interesting cases on that we could sit in as the courts were in what is known as a ‘legal vacation’, like schools have holidays every end of term. 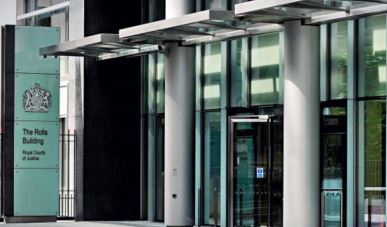 When we finished there, we walked further behind the building to the Rolls Building – The Business and Commercial Courts. This court was more modern as it’s a newer building. We went through the same rigorous security check before continuing to further courtrooms. Jawdat explained that he spends more court time in the Rolls Building, as he is a Commercial Lawyer.

Commercial Law involves legal problems that can occur in the running of businesses and commercial transactions. It’s predominant concerns are contract and tort law (a civil wrong that causes a claimant to suffer loss or harm resulting in legal liability for the person who commits the tortious act).

We walked back to Jawdat’s office after exploring the Rolls Building and had some lunch. Then, I sat in on a close-knit meeting between Jawdat’s team and the Solicitor team from CMS McKenna. They discussed everyone’s progress in the case. It was lovely meeting so many new people, everybody was so welcoming and informative – taking their time to explain the situation to me.

After that, it was the end of the day. Jawdat suggested to me that I should come back to watch a day in court. So about 2 months later, on Wednesday 26th June, I went back to Temple to watch some court action. Jawdat was cross-examining a Defence witness.

In the morning, we headed to the Rolls Building as the case was based on Commercial Law – the case was the same one I’d read about in April and it’s a six week trial. I tagged along with Jawdat’s team. Everyone looked focused and prepared and I was really excited for what I was about to witness. Before the day’s hearing, the solicitor’s team and Jawdat’s team discussed the Defence Witness that Jawdat was due to cross-examine. 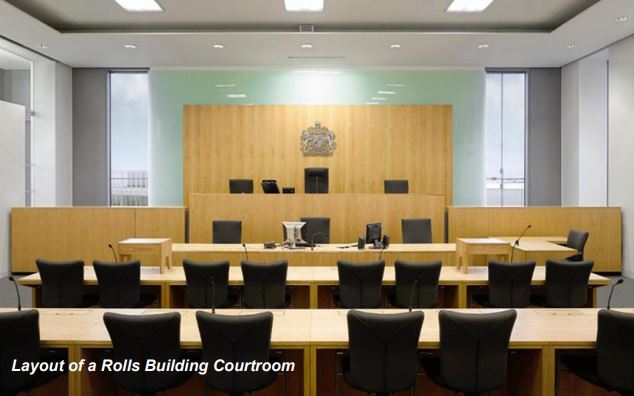 Later on, we were in the courtroom; it was filled with Barristers, Solicitors and Witnesses. It was very technology based – at every desk there was a laptop to follow the online live transcript. A transcriber writes every single word that the Barristers, Judge or Witness say for the Judge to use after court to help with their verdict.

I recognised some of the formalities from the Magistrates Mock Trial Competition that I competed in only a few months earlier. It was very enjoyable to watch and follow, as I understood it quite well after reading the Defence Witness’ Statement that very morning.

Court adjourned at 2pm for lunch and we had an hour to eat and discuss what we had just heard in court. I was intrigued to hear what everyone else thought and everyone concluded that the Defence Witness was acting too confident and wasn’t answering the questions directly. Court continued after lunch.

Jawdat was very confident with his cross examining and he was getting all his points across, sometimes the Judge understood his points, sometimes he didn’t. At around 5pm court adjourned until the next day.

He started reworking his cross-examination questions based on what he heard today, as he hadn’t finished with the Defence Witness. After observing his work a little more. I ended my day there.

I’ve definitely enjoyed these two visits. Jawdat is an excellent Barrister and I’m very thankful that he gave me these opportunities. I’ve learnt so much about Law and cross-examinations. I’ve had a passion for law for a while and these visits have proved that I really want to take up this profession.